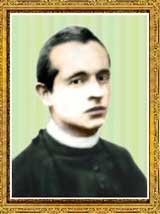 Father Silvio Pasquali was born on 5th April, 1864 in the diocese of Cremona, Italy to the pious parents Mother Teresa Rescaglio and Father Paulo Pasquali. At the age of 12, he joined the seminary and throughout his seminary course he distinguished himself in his piety and in his studies. Professor of the Canon Law of St. Calocero seminary wrote this beautiful testimony about young Silvio, the seminarian: “I cannot fail to remember in these pages of history of the Seminary the sweet person of the former beloved disciple, the model altar boy Silvio Pasquali”. On 17th December 1887,  Silvio Pasquali was ordained by Monsignor Geremia Bonomelli.

After nine years of his fruitful ministry in the diocese of Cremona, Father. Silvio Pasquali resolved to fulfill his long cherished desire of becoming a Missionary. Therefore a strongly determined Father Pasquali convinced his Bishop and joined the Institute of PIME – (Pontifical Institute of Foreign Missions) on 17th August 1896 at Milan. The formation of the Institute made him essentially and exclusively a missionary – Missionary in the truest, highest and most complete sense of the word. One of the characteristics held most dear to our founder like his PIME confreres was that of Perseverance: “To die in the Missions”. As such he was able to say in his farewell address to his confreres, kith and kin: “We shall meet again in Paradise”. 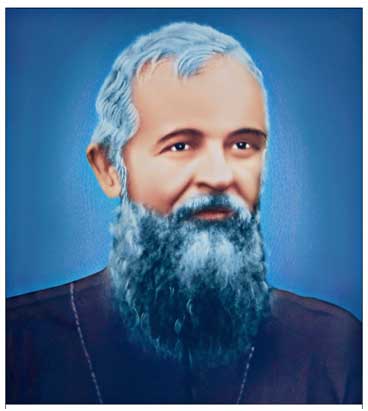 Totally imbued with the spirit and goal of his Institute, Father Pasquali bade farewell to his dear and near ones and his motherland and set out for India on 20th September 1897 and landed in Bombay on 8th October 1897. The first five years of his missionary life was spent in Raichur and in Bhir in the erstwhile Nizam dominion of Karnataka and Maharastra States respectively. In 1902, Father Pasquali landed in the Telugu State – Mattampally, Nalgonda District from where the roots of Catechist Sisters of St. Ann began and spread. His 12 years of stay in and around the villages of Mattampally brought many people to Christ. He evangelized many villages, built churches, formed Christian communities, and opened Catechetical training school, a home for the widows, a school and a dispensary.

In the year 1915 Father Silvio Pasquali was transferred to Peddautapally. In the words of Father Pasquali: “I am offered a young Mission where everything is in the springtime of its life: a new church, new Christians, for transfusing in my veins new blood”.  Realizing his talents, the Bishop transferred him to Eluru, West Godavari District, which was an important centre for evangelization. There, a vast field of mission awaited him in numerous surrounding villages. He took charge of his new destination on 21st April 1917, on the feast day of his patron Saint Joseph.

Attracted by the saintly and gentle person of Father Silvio Pasquali and his untiring work, many surrounding villages like Lingampadu, Rangapuram, Agadalanka, Sattinapadu, Sanivarapupeta and Duggirala were accepted to the Catholic Faith. Among the most populated villages were Peddapadu, Denduluru and Vatluru. In these villages, Father Pasquali struggled to support the Catholics and to defend the oppressed against the land lords.

On 4th July 1924, he celebrated his last Holy Mass. On Sunday 6th July 1924, he participated in the divine Sacrifice from the Church Veranda. When his condition became worse, Father Marianna administered him the anointing of the Sick and gave him the papal blessing. 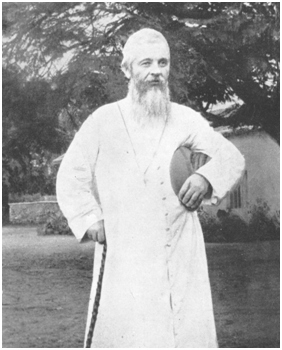 Father followed everything devotedly and with serenity. Then he exclaimed: “I am going to heaven!” He recommended to the sisters at his bedside to “be united”. Father Silvio Pasquali surrendered his soul to God at 12. 15 a.m. on 7th July 1924. His body dressed in sacred vestments was buried at St. Michel’s Church, Pention Line, Eluru.

All the inspired writings of Father Pasquali were traced in the Archives of PIME Generalate in the year 2013 which motivated our Superior General Sr. Rose Linda for initiating the process of Beatification and Canonization of Father Silvio Pasquali through the Diocese of Eluru where his Mortal remains were laid at rest. Holy See granted “Nihil Obstat” on 3rd December 2014 and was declared Servant of God on 25th April 2015. Diocesan Inquiry is completed and information collected was submitted to the Congregation for Causes of Saints, Vatican City on 28th November, 2019 to carry on the work of beatification and canonization process.